Below is the green space that can be seen around the Richmond and Post Oak areas as of June 2014. Let’s keep it this way or better! If rail were to come to this area, this would all go away—increasing congestion and flooding, destroying trees and green space. 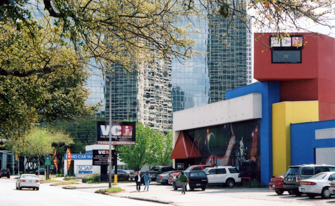 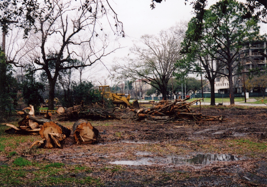 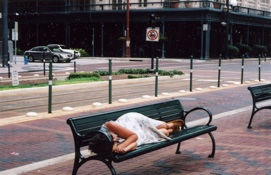 WHERE ARE THE HUNDREDS OF MILLIONS OF TAXPAYERS DOLLARS GOING??

WHY HAS METRO TAKEN AWAY BUS LINES??

The taxpayers voted in the 2003 referendum for Westpark as part of a larger transportation package, which included light rail lines on the North, East, Southeast and Inner Katy, as well as 50% increased bus service, bus rapid transit and commuter rail on 90A. It is 6 1/2 yrs. later and none of this has been completed.

The Metropolitan Transit Authority of Harris County (METRO) has illegally decided to take Richmond Avenue against the will of the taxpayers who voted for a light rail line on Westpark.

Richmond Rail Info/Richmond Avenue Coalition is a non-profit group whose sole purpose is providing a venue for discussion and education to maintain and enhance the quality of life for its residents and is also providing representation at City hearings, the State Legislature Committee hearings, and Federal hearings since 2005.

Richmond Rail Info/RAC Members have been active in lawsuits against Metro to enforce the 2003 Referendum.